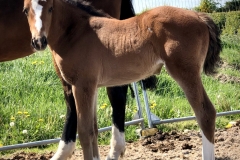 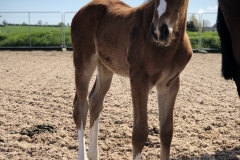 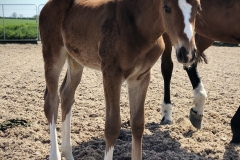 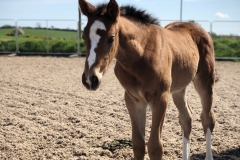 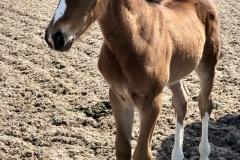 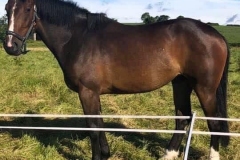 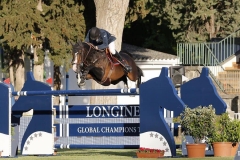 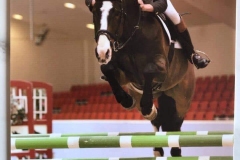 This is her first foal at 4 years of age; a beautiful big 16.3hh bay mare by Triomphe de Muze (Chin Chin) out of a Gratianus mare (Heartbreaker, Nimmerdor).

Maisies dam Vista Grande van het Boldershof jumped the HOYS Newcomers final and up to 1m40 before being retired and has produced several successful offspring to date.

A beautiful filly with amazing looks and a top quality make-up. She has a flashy and extravagant trot and top quality canter, showing strength and power beyond her years. 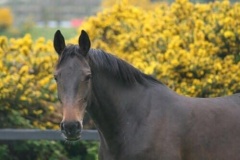 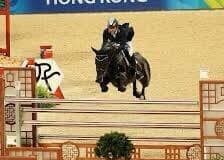 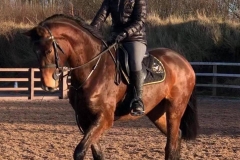 Bonita is a 16.1hh beautifully compact, quality bay broodmare by legends; Cavalier Royale x Clover Hill. This gentle mare has a super light step, and proved to have a great technique loose jumping as a 3 year old.

Several of Bonitas youngsters were sold to America where they went eventing; one of which is Highland Imperius, a stallion by Master Imp. His daughter Let’s Dance WBF, was placed 2nd in the 2 year old fillies class at the East Coast Future Event Horse Championships with an impressive 82.28%. She was the 2nd highest scoring 2 year old filly in the country of all 3 championships. Another son of hers HVL Ballyheerin Boy by Guidam is currently jumping 1.10m level and going up the ranks. Her 4 year old HVL Jagged Edge, was produced by ourselves and has been sold this year to be competed by a double European medalist in England to event.

Bonitas sire Cavalier Royale, a Holsteiner stallion who has had a huge influence on Irish Sport Horse breeding. He was a great cross with Irish mares and he produced some top jumpers i.e. Royal Charmer, Amos, McGuiness, King Cavalier, Captian Christy etc etc all of which are competing Internationally. He himself had a very successful career jumping Internationally for Switzerland at Grand Prix level.

Bonitas Dam, Sillian Clover is a broodmare with the Irish Horse Register. She is by the world renouned Clover Hill (RID), Ireland’s No.1 producer of showjumpers such as Boherdeal Clover, Carling King, Flo Jo etc and also ranked 4th leading producer of showjumpers in the world (WBFSH International Breeding Guide 2001/2002). This mare has an outstanding performance pedigree that concentrates the blood of only the best horses in the world! 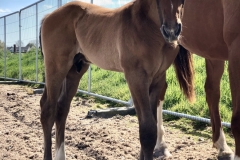 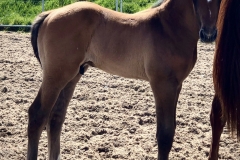 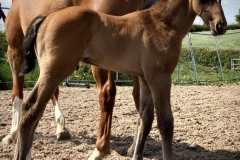 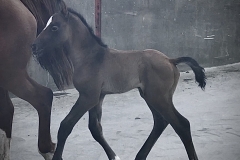 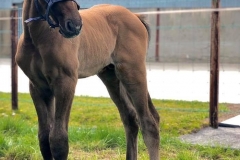 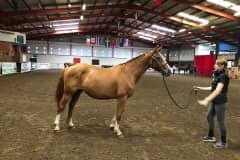 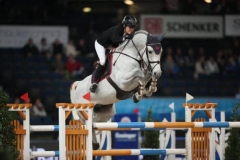 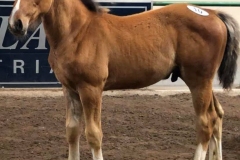 This is only her 2nd foal at 6 years of age, last year she had a super colt foal by Cobra18.

Benita (Fashionistas Dam) is a full-sister to Ahsianita m2s who won a Bronze Medal in an FEI competition with young people SJ competition from USA.
Wang Chung a top 1.60m show jumper is also a half brother to Benita out of the same dam, along with two other half sisters jumping 1.40m and 1.45 m again out of the same dam.

Fashionista was broken as a 3 year old to assess ride-ability, temperament and technique. She proved to be athletic, very quick up front, active and keen to please. She has a wonderful temperament on the ground being handled by the youngest and most inexperienced of handlers. 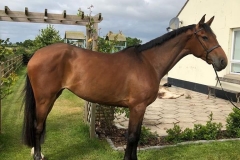 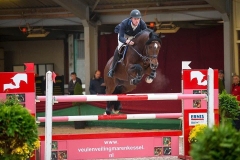 Already Vittorio had 13 offspring sold at the Dutch Sport Horse Sales where they realised the incredible amount of E969000 between them.

“Iona” is a 16.1hh fully approved 2014 Bay Mare by Consall B. (Casall ASK, Quidam De Revel… Desir Du Chateau, Ekstein). During inspection Iona scored very highly specifically in her type, and canter, which she has already past onto her eldest stock .

Fiona Bella was broken as a 3 year old to assess ride-ability, temperament and technique. She proved to be very athletic, responsive and calm when placed in new environments. She makes a beautiful bascule when jumping; and is easy to work with on the ground.

She passed her athleticism onto her first foal, Kiera Consall, who is a full sister to this latest edition CLF Izzy Bella