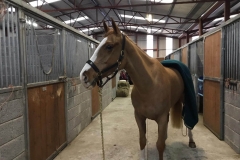 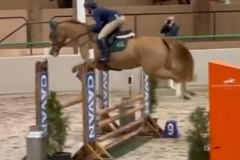 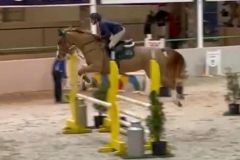 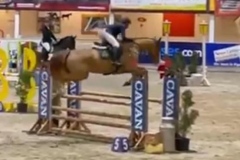 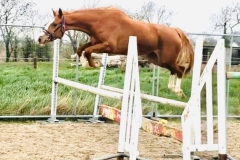 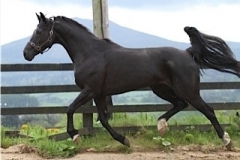 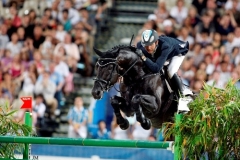 “Orestus is the best horse I have ever ridden in my life. Since the first time I sat on his back, it was an unbelievable feeling as his style of jumping and scope are something special.
He is such a big character. No matter how big and wide the fences are, he fights for you and always gives 110% in the ring. For myself, I felt lucky to have the chance to ride a horse with his qualities which made me very confident jumping at my first Olympic Games.
And if I need to do it again, I will choose Orestus. No doubt about it.”
– Juan Andres Rodriguez 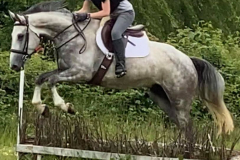 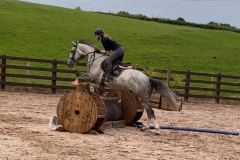 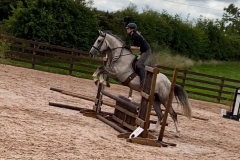 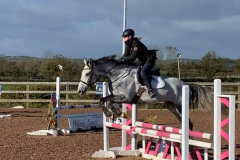 16.2hh 2016 Grey Gelding by Cappa Amadeus out of a Emperor Augustus mare.

He has schooled cross country, dressage and SJ. Jumped double clear in his first SJI show at Portmore.

A perfect gentlemen to shoe, box and clip. Ideal mother, daughter share or for someone who wants to go and have fun.

CLF Veronas Fusion, a 2018 Dun Filly by Tullabeg Fusion. ‘Holly’ has relations already competing in top level eventing, and showjumping. She is very brave, smart and inquisitive which will benefit her future career whether it be showjumping or eventing.

Hollys Sire Tullabeg Fusion goes back to lots of famous Irish breeding including CloverHill, Errigal Flight, and King of Diamonds. He is sire of many eventers including Tullabeg Flamenco ridden by Sam Watson. Tullabeg Fusion young stock also made significant prices at the Monart and Going for Gold Sales. 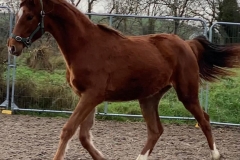 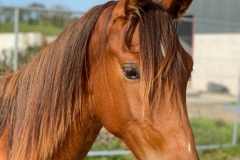 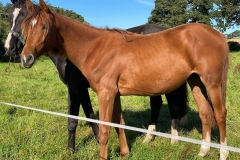 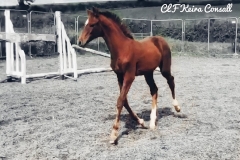 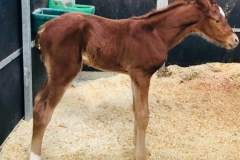 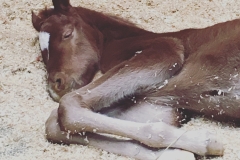 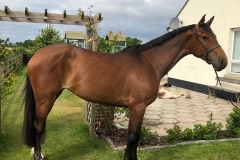 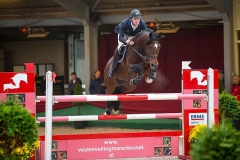 By the super 1.50m show jumping stallion Vittorio, whose 13 offspring sold at the Dutch Sport Horse Sales where they realised the incredible amount of E969000 between them.

“Iona” (Kieras dam) is a 16.1hh fully approved 2014 Bay Mare by Consall B.(Casall ASK, Quidam De Revel… Desir Du Chateau, Ekstein). During inspection Iona scored very highly specifically in her type, and canter, which she has passed on to both Kiera and Izzy.

Iona was broken as a 3 year old to assess ride-ability, temperament and technique. She proved to be very athletic, responsive and calm when placed in new environments. She makes a beautiful bascule when jumping; and is easy to work with on the ground. 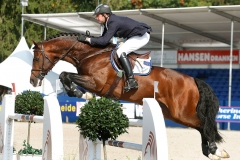 A bay 2019 gelding who is an extravagant mover, tall and rectangular.
By top 1:50m showjumping stallion Vittorio (Calippo). Vittorio won several international prizes, including a second place in the Grand Prix of Zelhem and Asten with Pieter Keunen. Under Tim van den Oetelaar, Vittorio took part in Nations Cup for junior riders in Reims in 2012, where the Dutch team won the final. In the Grand Prix the combination was second individually.
Rios dam; Bee Line (Lux Z) jumped 1.10 herself with Harry Marshall before breeding. She is a daughter of the top 1.60 showjumping mare Cruise Line (Cruising), who placed 3rd in Aachen Nation’s Cup CSIO 1.60m as well as many wins and placings in 1.50/1.60 classes. Dam line also includes Point Blank (1.50) Hallowberry Cruz (1.60) and On Line (1.40).

Half Brother to HVL Lucky Strike (at the top of page) who won the Cavan 4yo HSI class. Also has 2 sisters jumping 1.40 (in the Netherlands) and 1.45 (in Belgium).